One of the recent additions to our website was this guidon commemorating a football game played by a team from the Army of the Republic of Vietnam's 2nd Supply and Security Battalion. The unit served in the 2nd Military Region, and the game was played on April 25, 1971. 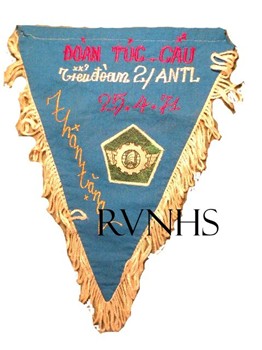 Football was (and is) a popular sport in Vietnam. The Republic of Vietnam was one of first Southeast Asian nations to join FIFA, and was a founding member of the Southeast Asian Peninsular Games (SEAP), today known as the Southeast Asian Games (SEA). Republic of Vietnam military units often organized football teams from among their personnel to play against other military units or civilian clubs. Such activities helped to maintain morale and boost comradery. Guidons were commonly created to commemorate games, and would often hold pride and place in unit mess halls and headquarters. 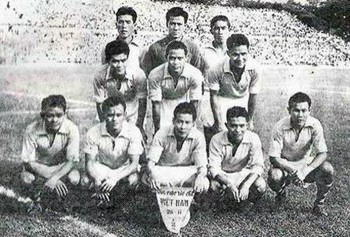 Members of the Republic of Vietnam team at the Southeast Asian Peninsular Games (SEAP) in 1959 with game commemoration guidon.
Posted by RVNHS at 10:46 PM No comments:

After a bit of a hiatus, the RVNHS Virtual Museum has been updated. New pieces have been added to different sections. Please browse the site to view recent additions: 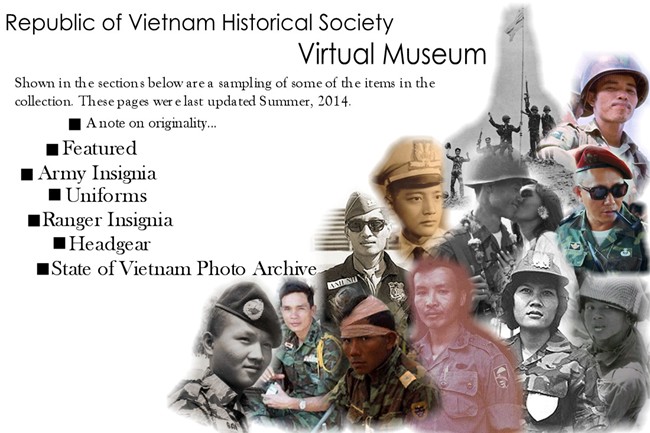