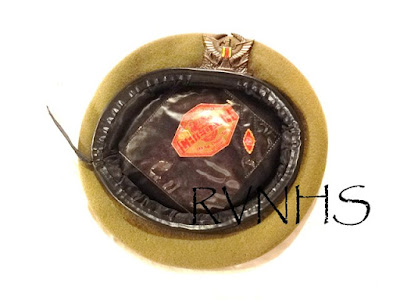 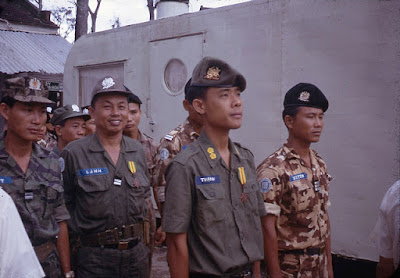 An army first lieutenant with bullion badge version of this beret (second from right) being decorated with the Police Merit Medal along with National Police personnel, 1960s-70s.
Posted by RVNHS at 11:26 PM No comments: 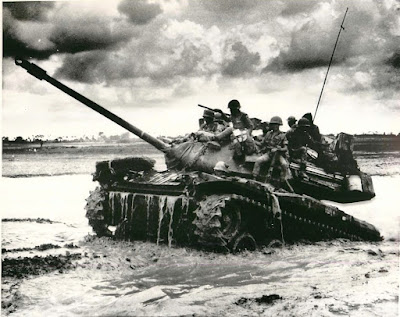 A Republic of Vietnam tank crossing a river in Svay Rieng, Cambodia, May 27, 1970.
When the Republic of Vietnam came into being in 1955, the armor branch was modest, consisting of only a small mixture of vehicles and equipment still in serviceable condition after the French departure. However, by the late 1960s, the armor units of the Republic of Vietnam had grown substantially, and played a vital role in nearly every operation conducted by the armed forces. Armor units served in support of operations against guerillas, main force enemy units, and tank-to-tank engagements. 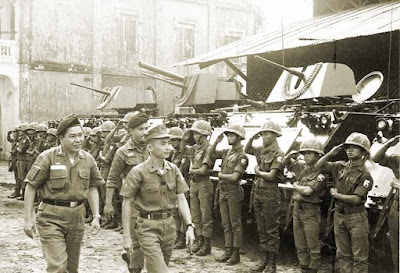 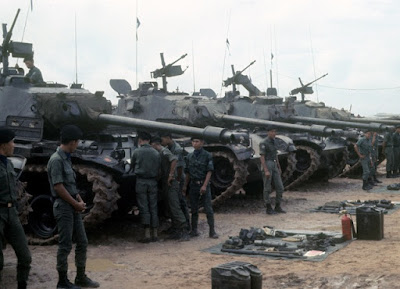 An armor unit aligned for equipment inspection, 1960s-70s.
Personnel in the armor branch were trained at the armor school in Thu Duc. Many volunteered specifically for service in the armor, or were otherwise selected due to proficiencies with mechanics. From 1955 to 1975, tens of thousands would serve in Republic of Vietnam armor units. 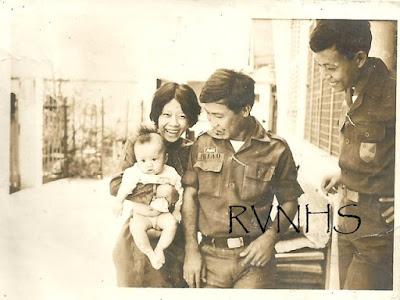 An armor 2nd lieutenant with family (note the armor qualification badge above the name tape),
1968, RVNHS Archive.
Armor crews typically wore Republic of Vietnam issue olive-drab green fatigue uniforms. A unique feature of armor uniforms was the black beret worn with the left side facing (berets in other branches of the Republic of Vietnam Armed Forces were worn to the right). Level or rank was also more clearly signified on armor berets than any other branch of the military. Different beret badges existed for regular enlisted (recruit to senior corporal), non-commissioned officers (junior sergeant to warrant officer), company level officers (2nd lieutenant to captain), field officers (major to colonel), and generals. For other branches, if there were any distinctions in beret badges, it was usually only between enlisted and officers of any rank. 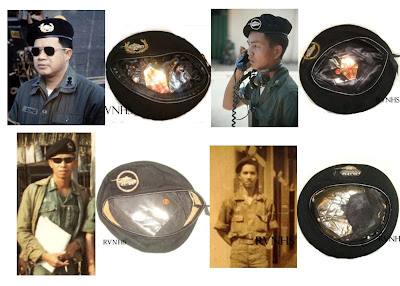 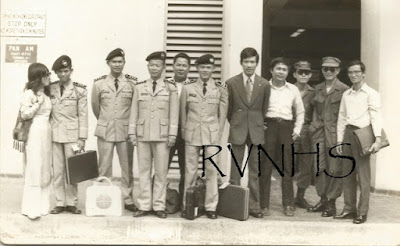 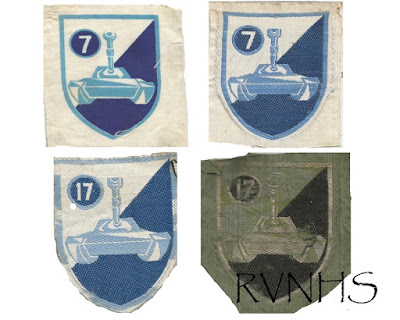 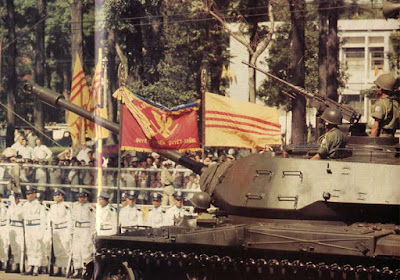 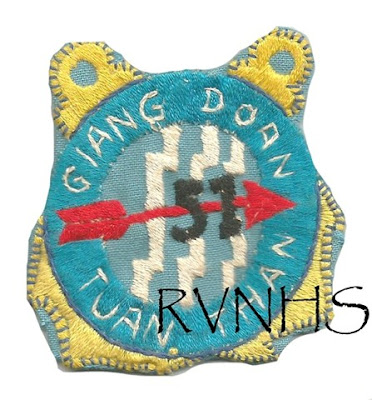 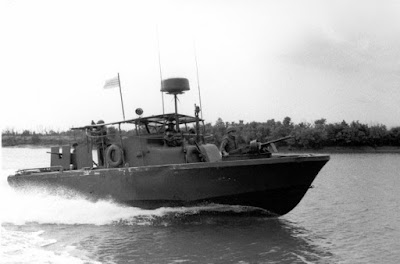 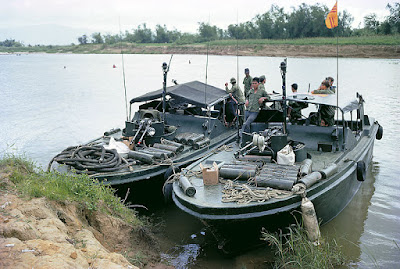 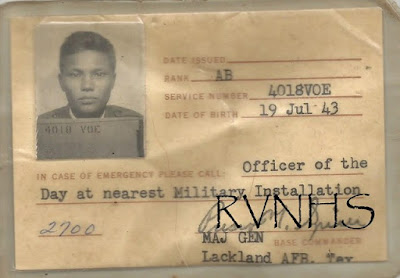 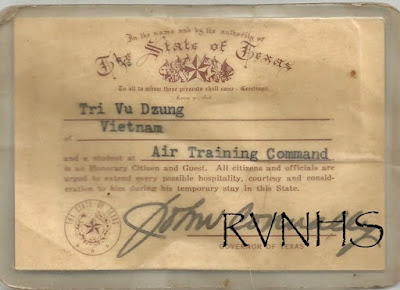 Reverse of Texas state ID for a VNAF officer receiving training at Lackland Air Force Base,
RVNHS Archive.
Posted by RVNHS at 10:57 PM No comments: 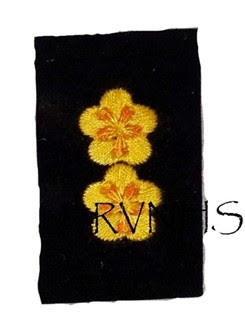 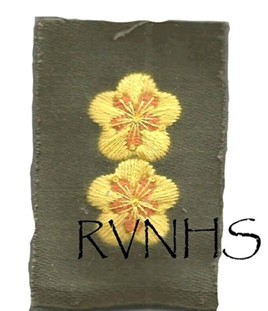 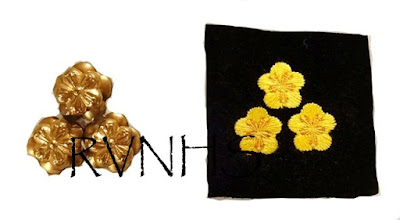 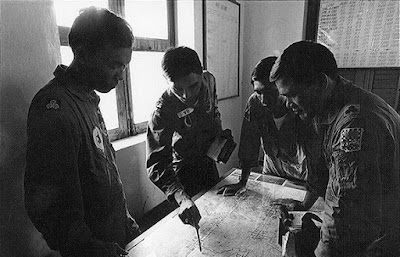 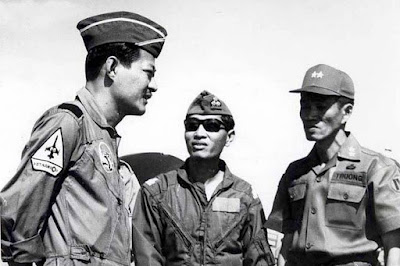 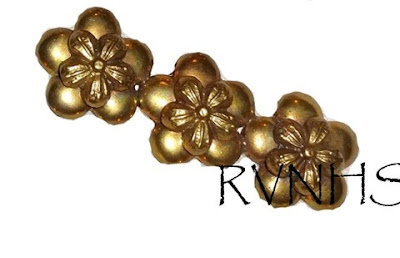 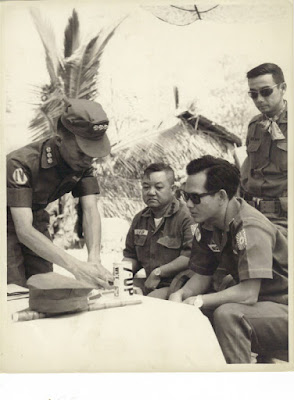 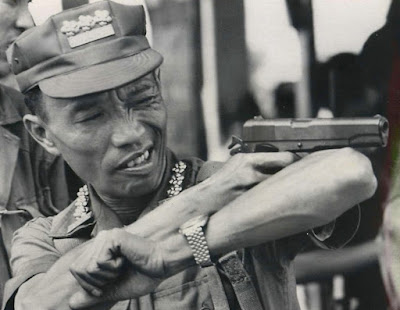 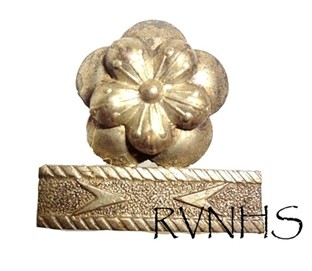 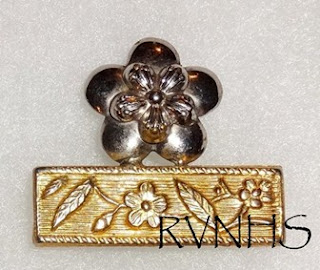 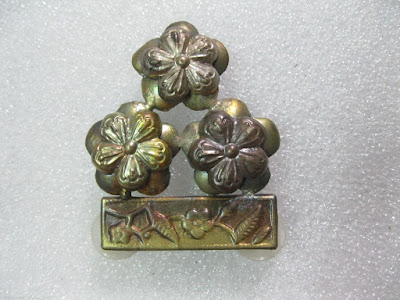 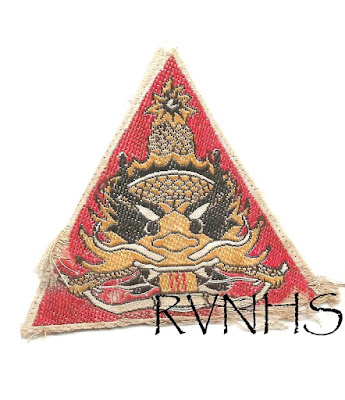 The primary responsibility of the Republic of Vietnam Presidential Guard (Lữ đoàn Liên binh phòng vệ Phủ Tổng thống - 1955-1963, Liên Đoàn An Ninh Danh Dự - post-1963 ) was the protection of the nation's head of state. However, the Presidential Guard served many other functions, which included the escort, reception, and protection of other governmental leaders as well as foreign dignitaries. The members of the Presidential Guard were drawn from units in all branches of the Republic of Vietnam Armed Forces. Candidates for the guard were chosen as a result of exceptional qualities and performance. Serving in the guard was considered to be a great honor. The insignia shown here from the RVNHS Archive was the shoulder patch worn by members of the guard from the mid-1960s to 1970s, and bears evidence of having been removed from a uniform. Most photographs show this insignia in use on the white parade uniforms typically worn by the Presidential Guard, but it could also appear on fatigues, camouflage, or other dress uniforms worn by guard members. 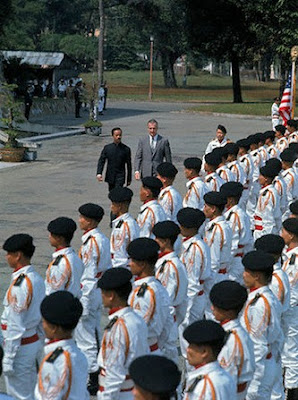 Members of the Republic of Vietnam Presidential Guard, 1960s. 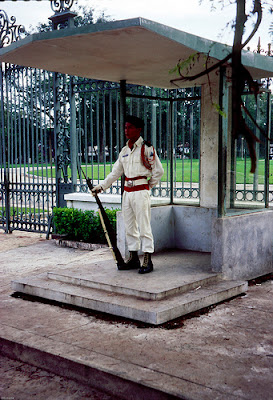 A member of the Republic of Vietnam Presidential Guard on sentry duty, 1960s.
Posted by RVNHS at 7:11 PM No comments: