42nd Anniversary of the ARVN Victory in the Seven Mountains 1973 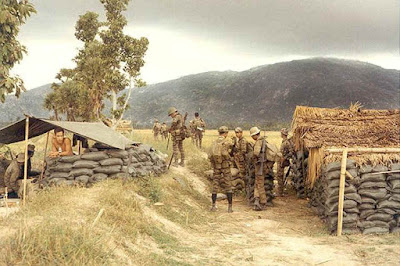 An ARVN (QLVNCH) outpost near the Seven Mountains, pre-1973 photo.

Forty-two years ago this month, from July to October 1973, the 44th Special Task Force, mainly comprising the 7th Ranger Group and 4th Armored Group of the Republic of Vietnam, launched an offensive to drive out the 1st North Vietnamese Division from the Seven Mountains region ( Bảy Núi ). The Seven Mountains area is a region in An Giang Province, along the border with Cambodia. Prior to the Republic of Vietnam offensive, the area had become a growing base of operations for Communist infiltration into the republic. 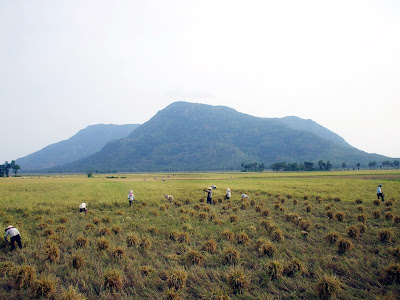 A modern view of Thiên Cẩm Sơn ("Heaven's Forbidden Mountain")
the tallest of the Seven Mountains. 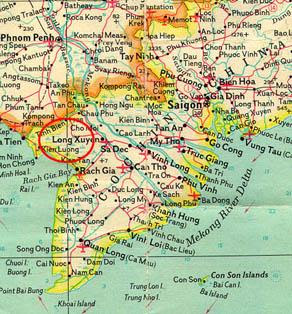 Map showing the location of the Seven Mountains.
The terrain of the Seven Mountains consists of rocky slopes covered with vegetation and plains that are often prone to flooding, making the area ideal for defensive positions. Nevertheless, gradually over the summer weeks of 1973 the Republic of Vietnam forces pushed forward. By October 1973, the North Vietnamese 1st Division was virtually destroyed with many of its units down to only fractions of their former strength. Aside from battlefield casualties, the offensive cut supply lines to the Communist forces, resulting in an upsurge of disease and malnutrition among the Communist ranks. By contrast, the Republic of Vietnam casualties were significantly less. 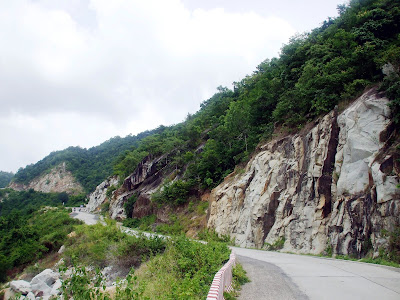 A road leading up Thiên Cẩm Sơn, one of the Seven Mountains.
When the Republic of Vietnam rangers supported by armor units finally cleared the Seven Mountains of Communist forces, the republic achieved a great victory, and the area became free from major Communist attacks until the end of the republic in 1975. In the aftermath of the battle, the 1st North Vietnamese division retreated into Cambodia, and due to its immense losses the unit was disbanded. The Republic of Vietnam had carried the day. 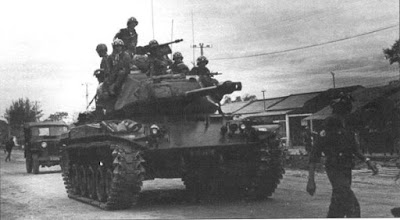 Republic of Vietnam rangers riding atop an armored unit.
Posted by RVNHS at 11:50 PM No comments: 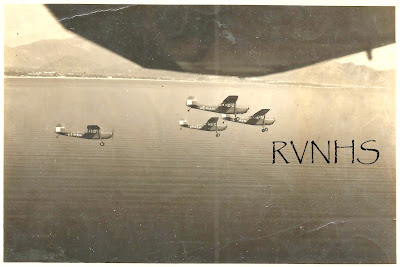 VNAF Cessna O-1 Bird Dogs off the coast of Vietnam, 1960-70s, RVNHS Archive.
From the RVNHS Archive, an original period photo of Vietnamese Air Force (VNAF) Cessna O-1 Bird Dogs in formation flying off the coast of Vietnam. The photograph appears to have been taken from an accompanying aircraft. These planes were commonly used for aerial reconnaissance, target spotting, and other reconnoitering operations. They could be operated by a one or two person crew, and became a mainstay of the VNAF. Please see our August 20th post on Major Lý Bửng's Flight to Freedom for one of the most famous tales of a VNAF Cessna O-1 Bird Dog.
Posted by RVNHS at 4:23 PM No comments: 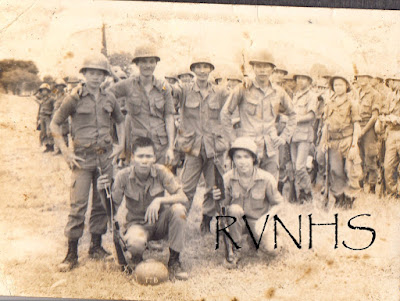 Regional Forces unit during training, 1972, RVNHS Archive.
The Republic of Vietnam Regional Forces were initially formed as auxiliaries for the regular army. They were charged with guarding outposts, roadways, and other vital areas. They were organized by battalions, and covered every district of the Republic of Vietnam. By the late 1960s, the regional forces had grown substantially with new battalions continually being raised through 1975. 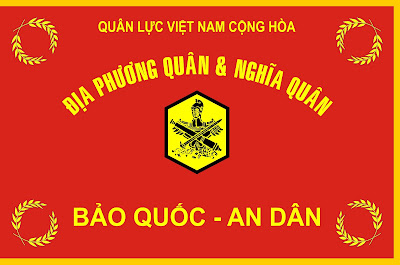 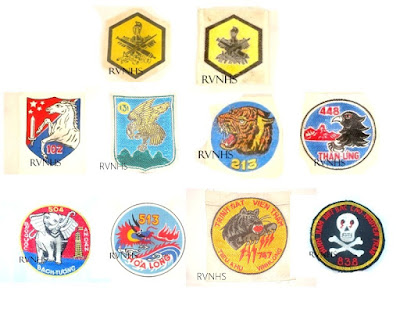 Examples of Regional Forces insignia.
Top: Regional Forces sleeve patch, left - printed, right - silk woven.
Middle: Regional Forces Battalion Patches,
left to right - 102nd, 131st, 213th, and 448th Battalions.
Bottom: left to right - 504th and 513th Battalions,
747th Reconnaissance and 838th Reconnaissance, RVNHS Archive.
Regional forces personnel wore regular army uniforms and equipment. Insignia consisted of a beret badge (usually worn on a black beret) and sleeve patch, which could be colored or subdued. Each regional forces battalion and reconnaissance units also had unit-specific insignia, which was worn on the chest pockets. A handful of units had specific insignia for each company. Some units also had numbered tapes, which were worn above the pockets, or scrolls that were worn on the shoulders. Ranks followed the standard Republic of Vietnam Army system. 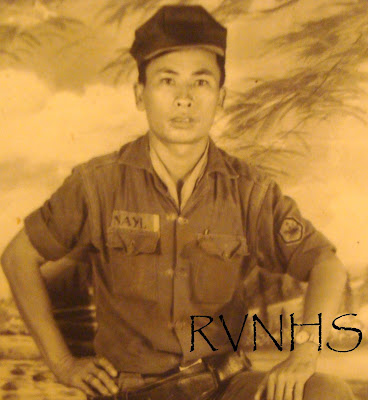 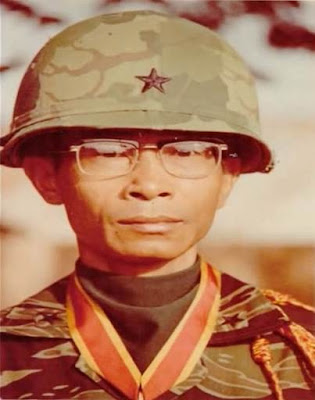 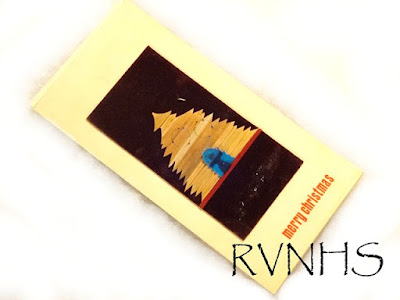 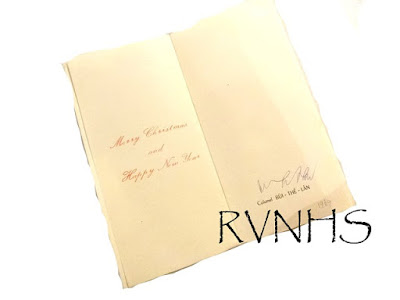 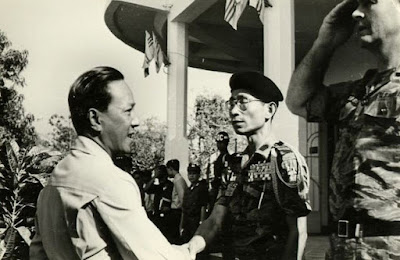 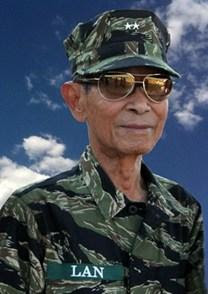 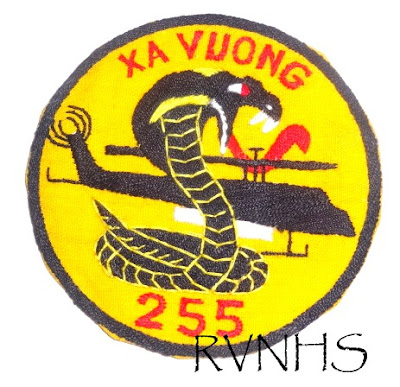 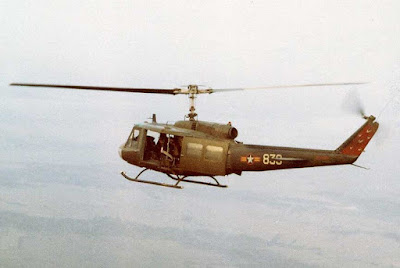 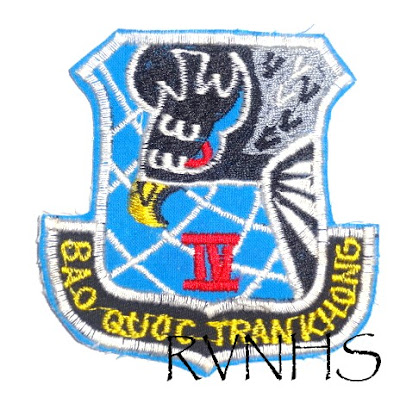 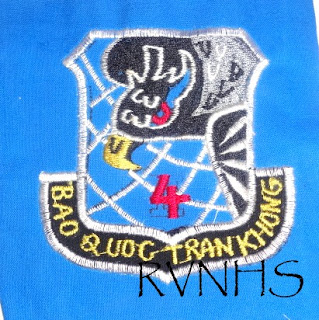 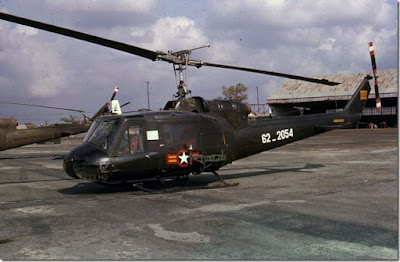 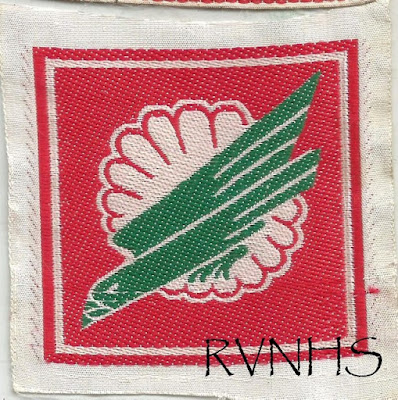 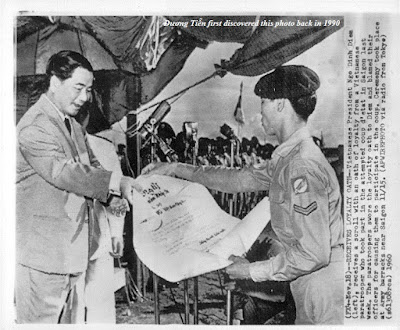 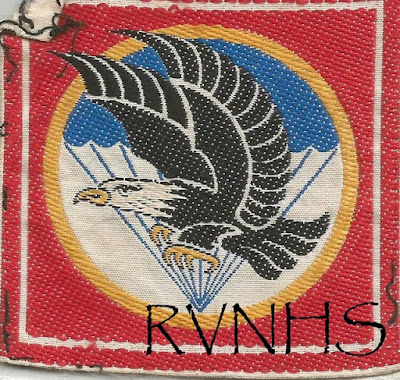