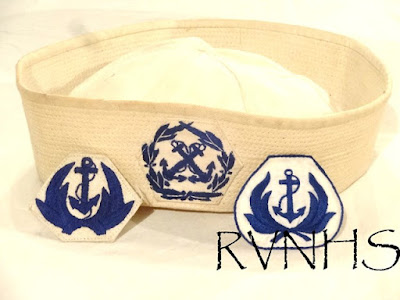 At its height, the Republic of Vietnam Navy ( Hải quân Việt Nam Cộng hòa ) consisted of over 42,000 personnel, 14,000 vessels, and dozens of operating bases along the coasts and waterways of Vietnam. It was not only the largest navy in Southeast Asia at the time, but also one of the largest in the world. The cap shown here was the standard sailor's cap worn by enlisted personnel. This style of cap, sometimes referred to as a "Dixie cup" - in reference to the disposable drinking cups, has been utilized by the navies of multiple nations. These caps worn by Republic of Vietnam sailors did not always feature insignia. It is generally believed caps from the earlier years were more likely to have insignia, with the use of insignia decreasing in frequency in later years. This cap from the RVNHS Archive is shown alongside two variations of the cap insignia. The insignia on the cap is believed to be an earlier version, while the other two are later. However, photographic evidence exists showing the earlier version still in use by some into the 1970s. 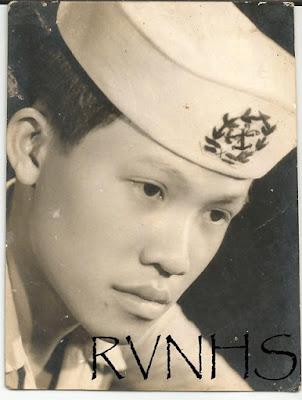 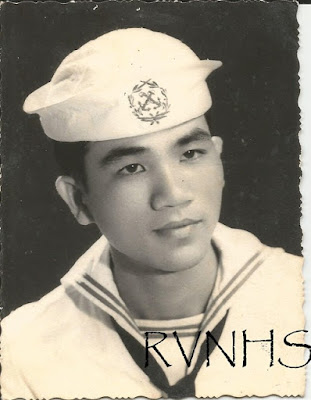 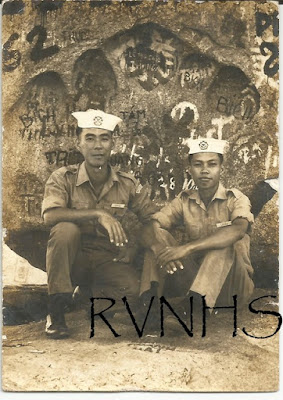 Two sailors of the Republic of Vietnam Navy with the earlier style cap insignia still in use,
1973, RVNHS Archive. 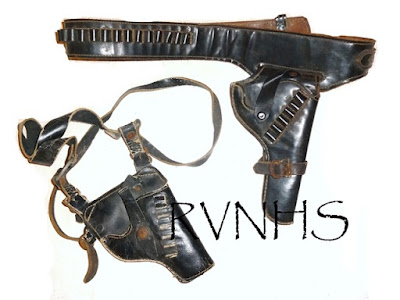 Republic of Vietnam military personnel often preferred to acquire their own equipment for use in the field when possible. Privately purchased holsters, such as these two from the RVNHS Archive, can be found in period photographs showing them in use by members of all branches of the armed forces, including the police. Occasionally, these holsters and ammunition belts were issued, but more often than not they were purchased on an individual basis. The two holsters shown here, like many made in Vietnam, are of water buffalo hide. They could be found for sale by street vendors and tailors throughout the republic, and like any item produced in an open market, ranged in quality from average strength pieces to works of great craftmanship. 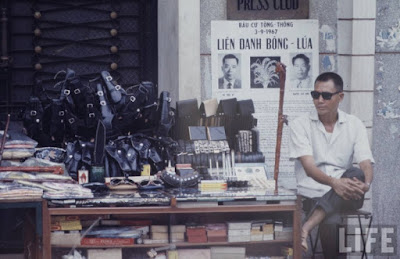 A Time-Life magazine photo showing a street vendor offering a selection of locally made
holsters and ammunition belts, Saigon, 1967. 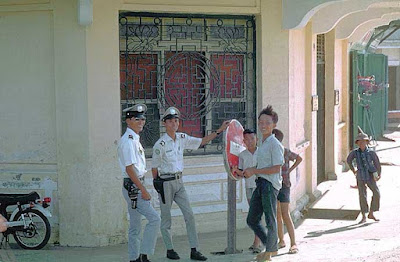 Two members of the National Police with locally made holsters and belts, 1960s.