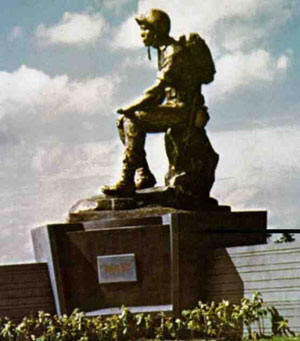 "We all have lived two lives. That before April 30th, 1975, and the one after."
- Ha Van Chuyen, Republic of Vietnam veteran, interviewed by RVNHS.

As the forty-first anniversary of the final day of Black April approaches, RVNHS would like to encourage everyone to remember the tragic events of this month, and take a moment to pay respect to the men and women whose lives were forever changed on this day. 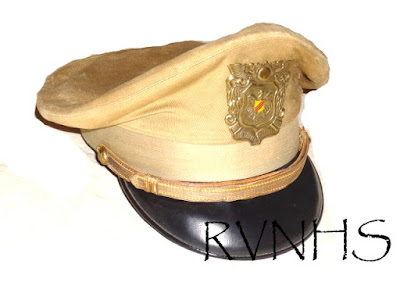 This style of cap was worn by junior officers (2nd lieutenant to captain) of the army in the early years of the Republic of Vietnam. The cap is nearly identical to the later versions with the exception of the badge and the chinstrap buttons. Caps like this first appeared in the late 1950s. The badge was similar to the earlier State of Vietnam badge, with the only alteration being the text "Quốc gia Việt Nam" (State of Vietnam) on the scroll was replaced with "Việt Nam Cộng Hòa" (Republic of Vietnam). The badge was briefly replaced in 1963 with a new version, but after the removal of Ngo Dinh Diem, caps with this style of badge were again standard. The badge was later replaced around 1967 with the large eagle version, which remained in use to 1975. 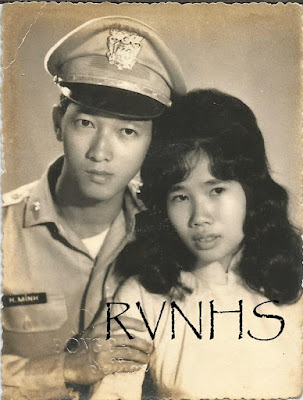 An army 2nd Lieutenant with early officer cap badge,
Saigon, 1964, RVNHS Archive.
Features of the cap denoted level of rank. Enlisted personnel would have silver badges with a black chinstrap. Junior officers (2nd lieutenant to captain) would have a gold badge with gold chinstrap. Field officers (major to colonel) would have bullion gold laurels added to the visor brim, while officers of general rank would have further bullion gold laurels added to the band of the cap. Khaki was the most standard version of the cap, although caps of darker brown wool and also white canvas were also used. In later years, the early version of the laurels would be augmented with blossoms and curved branches. 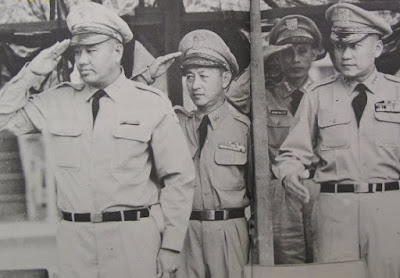 Figures in the 1963 coup against Ngo Dinh Diem, left to right: Dương Văn Minh, Lê Văn Kim, Nguyễn Hữu Có , and Trần Văn Đôn. Minh, Kim, and Đôn were generals at the time of this photo, and thus have laurels on both the brim and bands of their caps, while Có  - who was a colonel at the time, does not. Saigon, January 29, 1964. 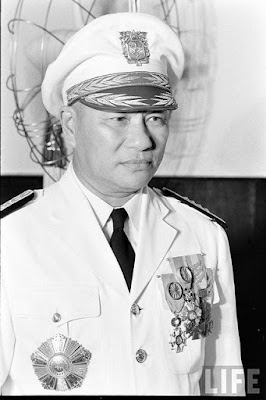