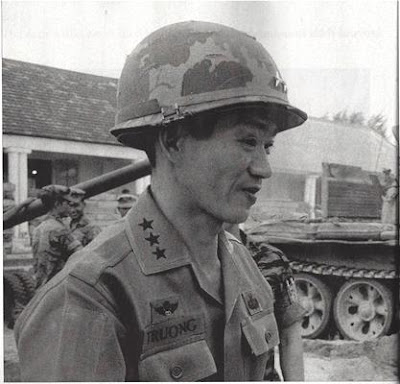 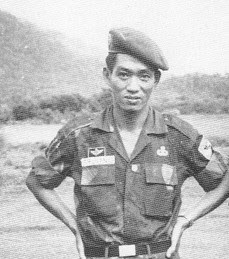 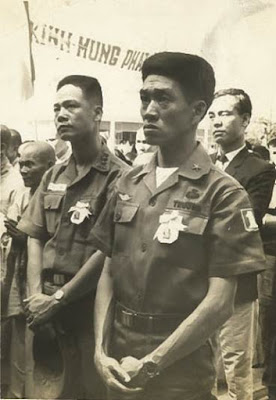 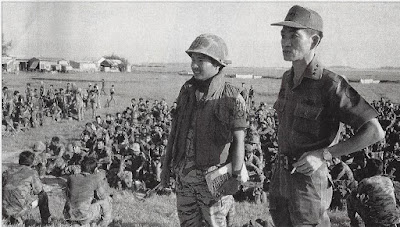 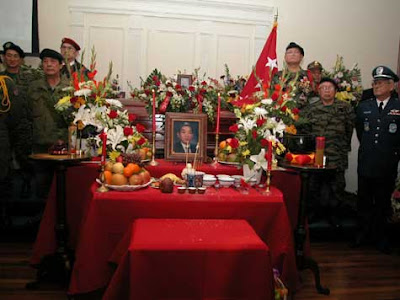 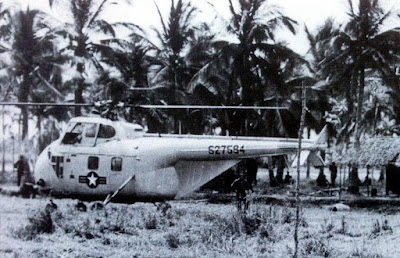 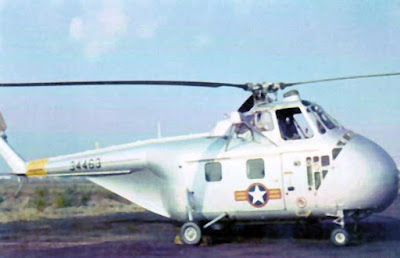 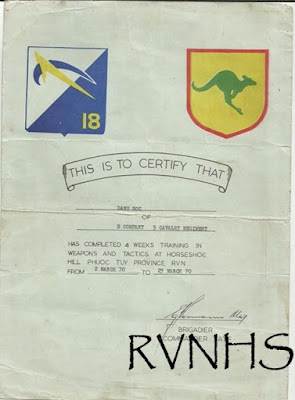 Republic of Vietnam 18th Infantry Divison - 1st Australian Task Force ( 1 ATF) weapons training certificate to Danh Soc of B Company of the 5th Cavalry Regiment, signed by 1 ATF commander, General Stuart Paul Weir, March 1970, RVNHS Archive.
Australia began sending official military advisors to the Republic of Vietnam in 1962. As the military mission of Australia expanded, a central base of operations was established in Phuoc Tuy Province. One feature of the geography in the area selected for the Australian base were the remnants of an extinct volcano, which consisted of a partial crater. The Australians came to refer to this location as "Horseshoe Hill" due to its shape. 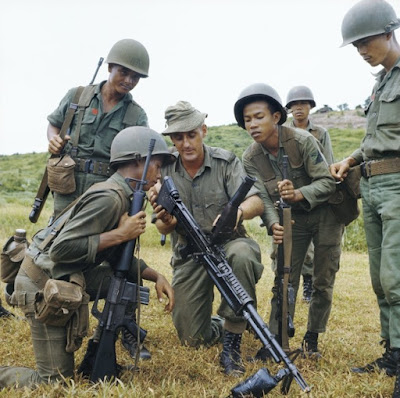 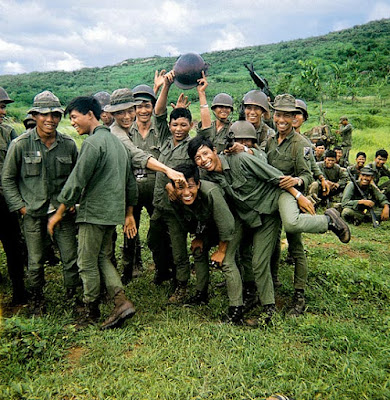 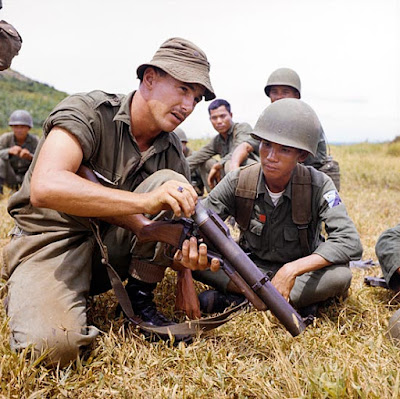 Australian instructor and Republic of Vietnam 18th Division soldiers,
Horseshoe Hill, Phuoc Tuy Province, September 1969.
The training courses taught by Australian army instructors at Phuoc Tuy ranged from standard small arms courses to patrol and infiltration tactics as well as larger size unit operations. Training was conducted nearly year-round with most courses lasting for a few weeks. In later years, the 18th Infantry Division would become immortalized at the 1975 Battle of Xuan Loc when the division held out against the odds to delay the enemy. 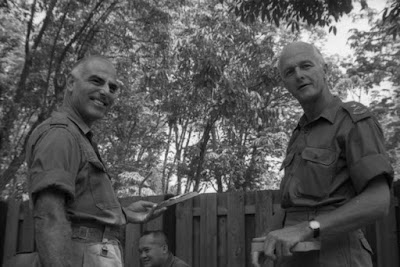 General Stuart Paul Weir (left) at Phuoc Tuy, signator of the posted training certificate,
February 11, 1969.
The document shown in this post is a certifcate issued to a Republic of Vietnam servicemen in the 5th Cavalry Regiment for completing a four-week training course in weapons and tactics at Horseshoe Hill in Phuoc Tuy. The document bears the insignia of the 18th Infantry Divison and the 1st Australian Task Force, which oversaw the training. It is signed by the Australian Task Force commander, General Stuart Paul Weir, and dates to March of 1970. In this post, RVNHS would like to reflect on the history of the 18th Infantry Division and of the Australian military instructors who helped to shape the division in support of the cause of the Republic of Vietnam. 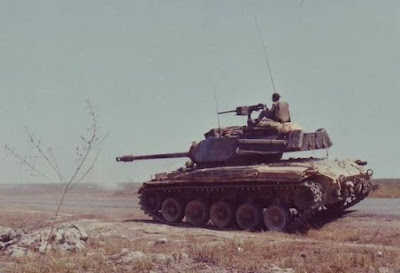 A tank of the Republic of Vietnam 5th Cavalry Regiment in action near Bien Hoa,
February 1969.
Posted by RVNHS at 12:02 AM No comments: