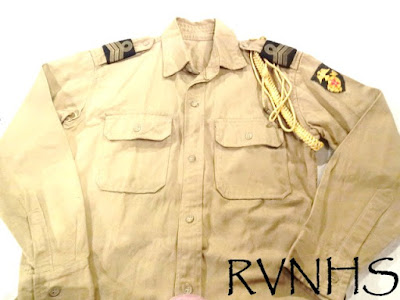 Republic of Vietnam Marine khaki shirt, 1964. RVNHS Archive.
Like other branches of the Republic of Vietnam Armed Forces, Vietnamese marines often wore khaki uniforms in the 1950s through mid-1960s. Khaki uniforms were used by all branches throughout the history of the republic, but were much more frequently worn in the earlier years. This shirt is dated 1964, and bears the sleeve insignia for the marine brigade, which features a dark background. In later years when the marine division was established, the background of the insignia was changed to green. The shirt also has shoulder ranks for a marine NCO, and a fourragere. 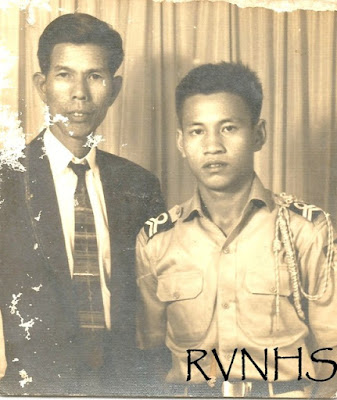 A Vietnamese marine poses for a portrait with his father in early khaki uniform. Note the fourragere, marine brigade patch, and shoulder ranks. RVNHS Archive. 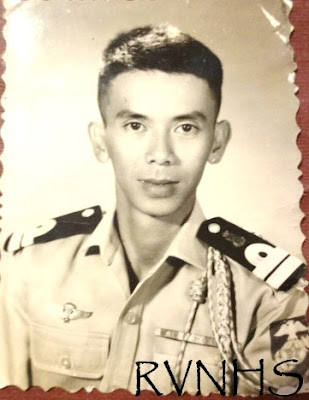 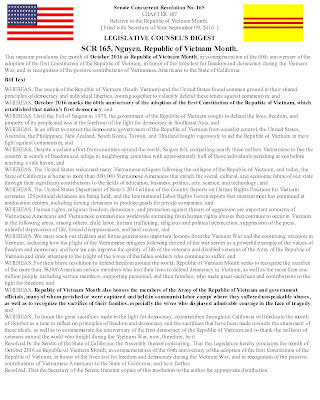 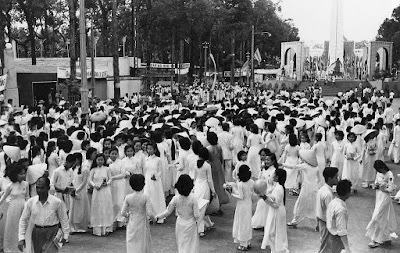