45th Anniversary of the Battle of An Lộc 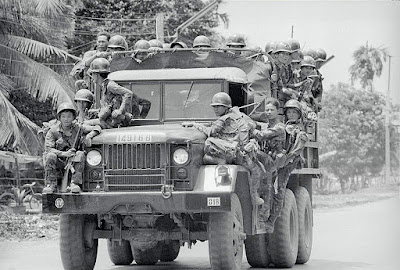 Republic of Vietnam airborne troops en route to An Lộc, April 14, 1972.
This week marks the 45th anniversary of the Battle of An Lộc. The battle was part of the failed Communist offensive against the republic in 1972, sometimes referred to by historians as the "Easter" or "Spring" Offensive. The campaign saw tens of thousands of enemy troops thrusted against the military and civil strongholds of the Republic of Vietnam. After weeks of fighting, the republic was able to gain the upper hand and achieve victory. The Battle of An Lộc was a pivotal part of this campaign. 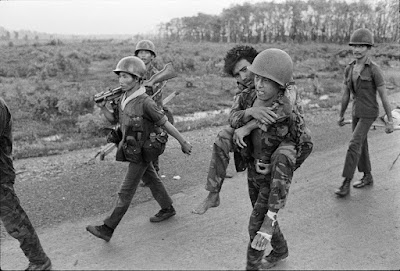 Wounded defenders are escorted from the frontline, Battle of An Lộc, 1972. 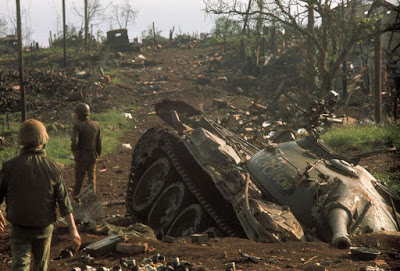 Destroyed enemy tank at the Battle of An Lộc, 1972.
An Lộc was a town in Bình Phước Province, and was located roughly ninety kilometers from Saigon. In April of 1972 regular Communist forces based across the border in Cambodia launched an assault into the republic following Highway 13 towards Saigon. The Republic of Vietnam decided to make a stand along the highway at An Lộc. The town was quickly surrounded by the enemy and put into a state of siege. The defenders consisted of a mixture of units of the republic's regular army, rangers, Regional Forces, Popular Forces, and People's Self Defense Forces. The defenders were later reinforced by airborne troops and members of the 81st Ranger Group. Air support was provided by Vietnamese Air Force and United States Air Force units. 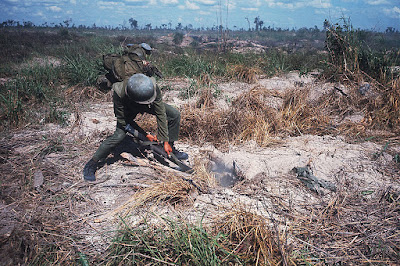 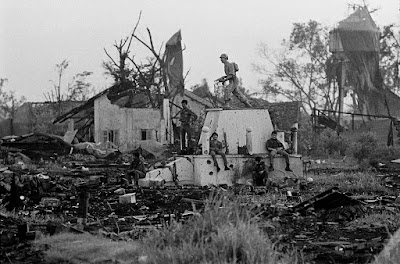 Defenders admist the ruins of what was once the main square of An Lộc, 1972.
The Battle of An Lộc lasted for sixty-six days. The defenders were outnumbered nearly five to one. The battle saw continual attempts by the enemy to capture the city, including mass armor assaults. For most of the battle, the defenders could only be supplied by air. Despite fighting under conditions of meager supplies and reinforcements the defenders stood their ground. The enemy eventually was forced to retreat in July, and the victory at An Lộc became a rallying point for the republic. The commanders of the defenders of An Lộc were lauded. These included General Lê Văn Hưng, General Lê Nguyên Vỹ, and Colonel (later general) Trần Văn Nhựt. Generals Hưng and Vỹ were later among the senior officers who chose to commit suicide on April 30, 1975, rather than surrender to enemy forces. 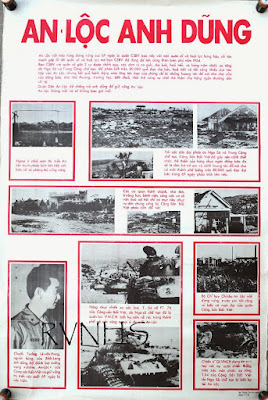 Poster issued by the Republic of Vietnam announcing the victory at the Battle of An Lộc,1972, RVNHS Archive. 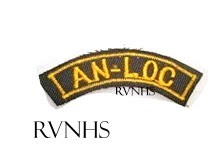 Insignia scroll awarded to ranger units who participated in the defense of An Lộc in 1972,
RVNHS Archive. 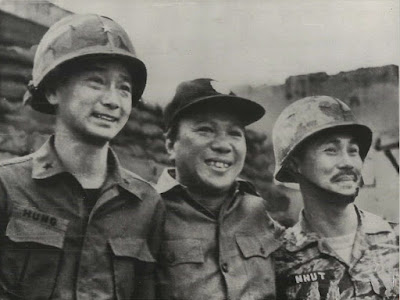 President Nguyễn Văn Thiệu (center) visits An Lộc as victory was being declared. He is flanked by General Lê Văn Hưng (left) and Colonel Trần Văn Nhựt who were among the battlefield commanders at An Lộc, July 7, 1972. 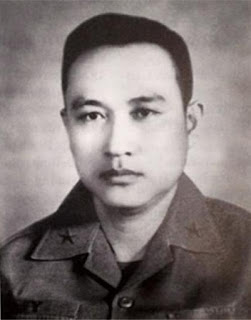 General Lê Nguyên Vỹ, one of the republic's commanders at the Battle of An Lộc, 1972.
In this post, RVNHS would like to commemorate the commencement of the 45th anniversary of the Battle of An Lộc. We would like to pay homage to those who sacrificed all on behalf of the republic and honor their memory by insuring their legacy and triumph is not forgotten.

Church services held by the civilian population of An Lộc
who endured the siege during the battle, June 18, 1972.
Posted by RVNHS at 1:12 AM