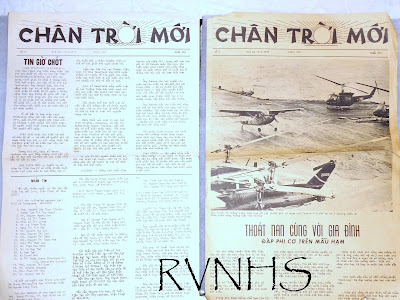 In April, 1975, Guam became one of the main staging areas for receiving refugees from Southeast Asia. It was called Operation New Life, and ran from April 23rd to November 1st, 1975, although the last camps were officially closed on October 23rd. Well over 100,000 refugees would pass through Guam. The vast majority were Vietnamese, nearly all of them former soldiers or civil servants of the Republic of Vietnam and their families. The new arrivals on Guam had just escaped from the chaos engulfing Southeast Asia, and the need to develop a means of circulating information among them was essential. A group of Vietnamese refugees with experience in journalism and writing put together a volunteer newspaper called Chân Trời Mới (New Horizons). 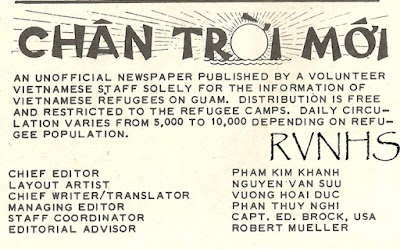 The first issue of Chân Trời Mới was on May 2nd, 1975, just two days after the fall of Saigon. The newspaper was a few pages, and printed on Guam with printing supplies donated by charities, local newspapers, and the US Government. Chân Trời Mới served a vital role in the life of the refugees. It not only provided daily camp news to the ever-growing numbers of arrivals, but also gave important announcements on the asylum process and where refugees could expect to head to after Guam. 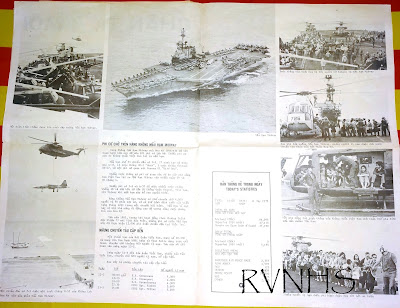 Perhaps most importantly, the newspaper served as a means for individuals to get in contact with one another. Each issue was filled with lists of names and contact information for displaced families and friends to attempt to reunite. 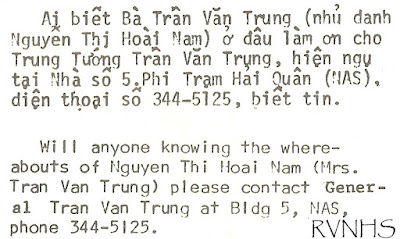 One of many notices in Chân Trời Mới seeking lost relatives,
in this case Lieutenant General Tran Van Trung inquiring after his wife,
Chân Trời Mới Issue 8 - May 12, 1975, RVNHS Archive. 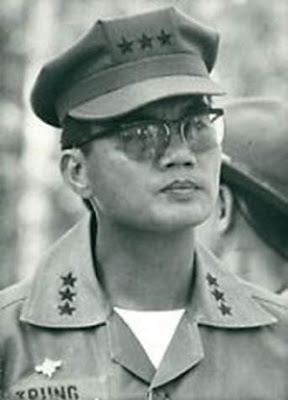 General Tran Van Trung, pre-1975. He was reunited with his wife, and later settled in France.
Chân Trời Mới would continue to be published up until the camps were closed. In this posting, RVNHS would like to focus on the events of forty years ago this summer in Guam, and the struggle of the recent refugees from Southeast Asia. To this end, we would like to share two original issues of Chân Trời Mới , Issue 8 - May 12, 1975, and, Issue 9 - May 13, 1975, from the RVNHS Archive. 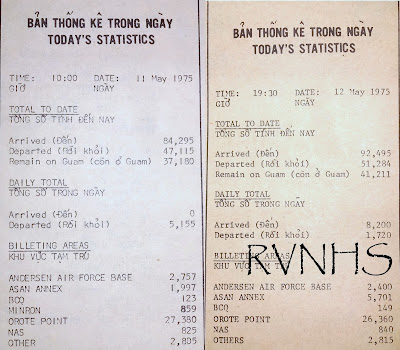 Each issue of Chân Trời Mới included a tally of the day's refugee statistics.
Left is from Issue 8, and Right is from Issue 9.
The increases between these two days demonstrate the enormity of the
refugee influx on Guam with 8,000 arrivals within a 24-hour period, 1975, RVNHS Archive. 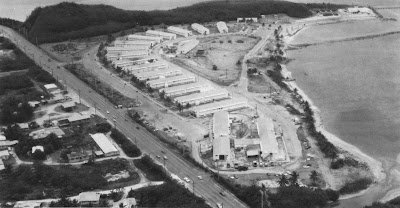 Camp Asan on Guam, at the start of Operation New Life, and before the arrival
of the first refugees, April 23, 1975. 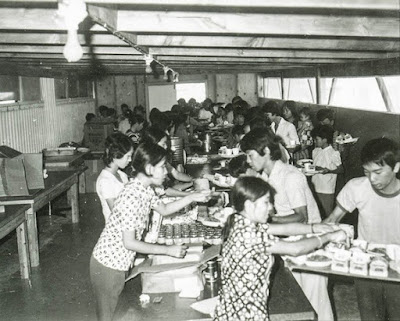 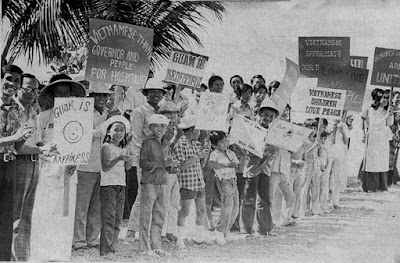 Refugees forming a line to thank Guam Governor Ricky Bordallo
for the hospitality of Guam, September 8, 1975. 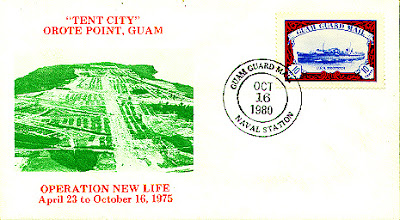 A 1980 first day cover commemorating one of the refugee camps on Guam
during Operation New Life.
Posted by RVNHS at 5:56 PM