Football in the QLVNCH / ARVN 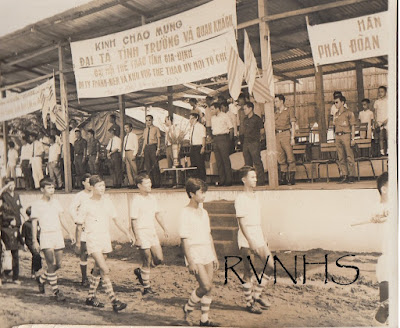 Players parading before assembled officers and officials on stage prior to a game,
June 14, 1970, RVNHS Archive.
Soldiers in the Republic of Vietnam Armed Forces enjoyed participating in recreational sports activities as much as those in any other military around the world. One of the more popular sports was football. The sport's games ranged from national level teams to amateur clubs throughout the country. At a time when nearly every able bodied male served in the armed forces to some degree, military football clubs were leading sports groups. 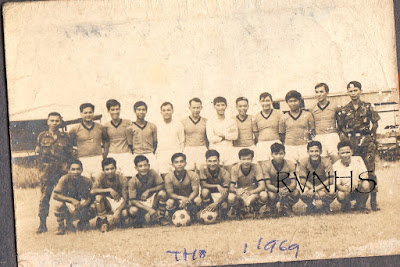 Football team of an airborne unit, 1969, RVNHS Archive.
Some of the strongest clubs were from the Army General Staff Club and the National Police Club. However, the sport was most commonly played on a purely recreational basis, composed of competing teams from different military units or different sections within the same unit. Many soldiers were posted in locations far from entertainment venues or large cities. Thus, during rest days, playing or watching matches between other units in the area was a popular event. 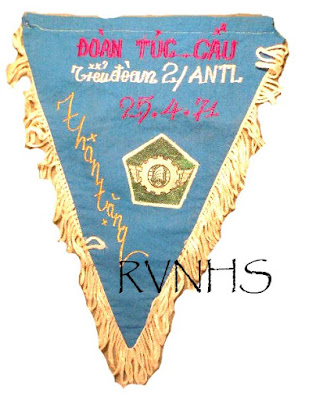 Army Football Game Award Guidon, 2nd Supply and Security Battalion
(Army Transportation Branch), ca. April 25, 1971, RVNHS Archive.
Competition was encouraged as a means of helping to boost morale. Trophies and other awards (such as the guidon shown above) were given to winning teams. But, further incentives, such as cash prizes, alcoholic drinks, or extra leave time for the members of triumphant teams were also common. For soldiers faced with the constant danger of war daily, such outlets as football matches provided much needed relaxation. 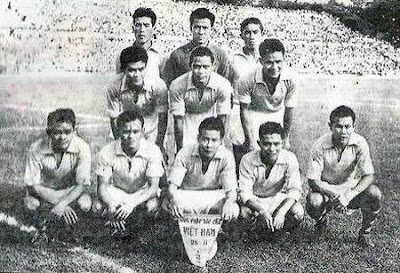 Members of the Republic of Vietnam team at the Southeast Asian Peninsular Games
(SEAP) in 1959 with game guidon. 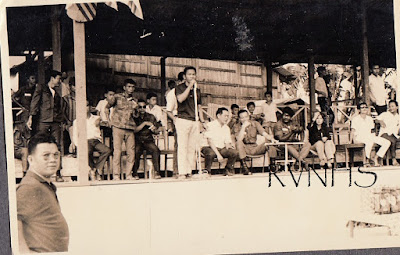