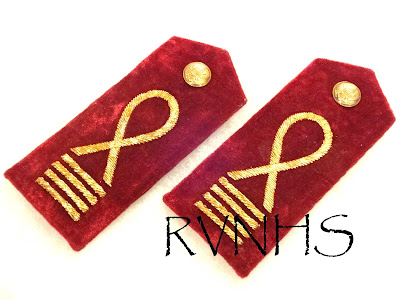 Republic of Vietnam Medical Officer Cadet Shoulder Boards, RVNHS Archive.
Nearly all practicing medical doctors in the Republic of Vietnam served in the military to some degree. Many were directly educated in medical science at military academies. This set of shoulder boards is for a medical officer cadet who was nearing the end of training. Each horizontal bar signified one year completed, with this set showing a cadet who has finished four years (four bars). The military doctors who graduated from the academies would go on to provide essential medical services, not only for the fighting men and women of the Republic of Vietnam, but also to countless civilians, who were often treated at military facilities. 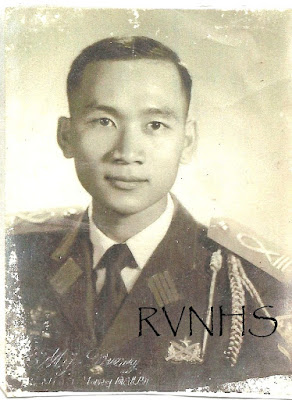 Officer Cadet with four years of training completed, note the addition of a four-bar insignia to the lapels, the ranger qualification badge with jump wings just visible on the opposite side,
and what looks like a National Military Academy patch on the right,
Dalat, 1960-70s, RVNHS Archive.
Posted by RVNHS at 11:41 PM