Early Army of the Republic of Vietnam / QLVNCH Cap Badge 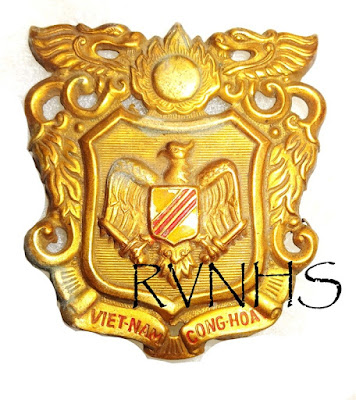 Early Model Army of the Republic of Vietnam Officer's Cap Badge,
RVNHS Archive.
This cap badge was first adopted by the Army of the Republic of Vietnam in 1955. It was briefly replaced officially with a different design in 1963, but following the removal of Ngo Dinh Diem later that year, the 1955 design once again became the standard issue. It was ostensibly phased out in 1967, and replaced by a badge featuring a larger eagle surrounded by a wreath. However, the transition was not immediate. Period photos can be found showing both the new badge in use before 1967, and this earlier badge occasionally in use after 1967. The basic design was virtually identical to that used by soldiers of the State of Vietnam (1949-1955), with the major change in 1955 being the replacing of Quốc gia Việt Nam (State of Vietnam) with Việt Nam Cộng Hòa (Republic of Vietnam). 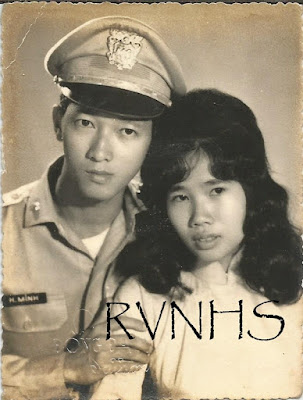 The badge came in two colors - gold for officers and silver for enlisted ranks. The badge mainly appeared on visor caps, but photographs of the badge on berets (usually bullion versions) exist. However, use of this badge on berets was more an exception rather than the norm. 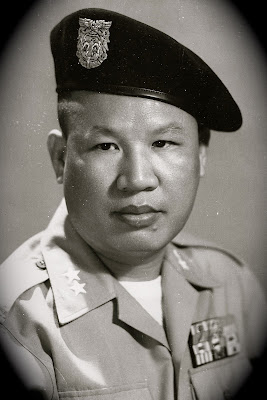 General Pham Van Dong with bullion version of the early cap badge on a black beret, 1965.