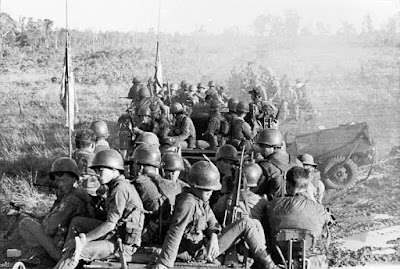 Soldiers of the 5th Infantry Division riding atop armored personnel carriers.
Forty-five years ago this week, plans were being made for an operation into the Snoul region of Cambodia by the Republic of Vietnam military. Snuol sits near the border with Vietnam, and the corridor running through Snuol and down towards AnLoc in Vietnam was a constant area for enemy activity in the late 1960s-70s. The aim of Operation Total Victory 8B5 was to disrupt and destroy as much as possible enemy activity in the area while gathering intelligence. 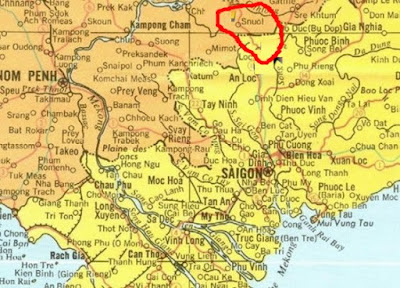 Map of the Cambodia and Southern Vietnam border with Snuol highlighted. 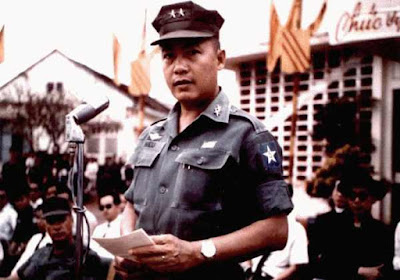 Republic of Vietnam General Nguyễn Văn Hiếu.
The 5th Infantry Division would be the main force in the campaign along with the 1st Armored Cavalry Regiment and the 3rd Ranger Group supported by the Vietnamese Air Force.  Planning for the operation began on October 14th, 1970,  and was principally lead by General Nguyễn Văn Hiếu. The plans were approved by 3rd Corps on October 21st, and following a final meeting on the 22nd, the operation commenced on October 23rd. 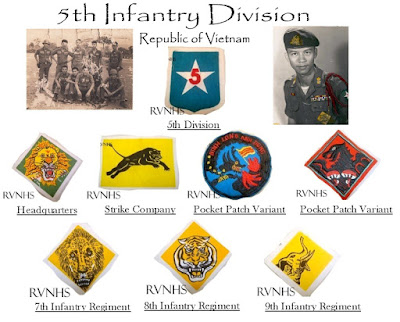 Insignia of the 5th Infantry Division and principal units, RVNHS Archive.
The operation would last for nineteen days, ending on November 10th. The action was planned as a brief strike into Cambodia with Republic of Vietnam forces withdrawing back into Vietnam at its completion. It was one of many such operations the Republic of Vietnam would undertake into Cambodia during the period, and it was neither the first nor the last for the 5th Infantry Division. 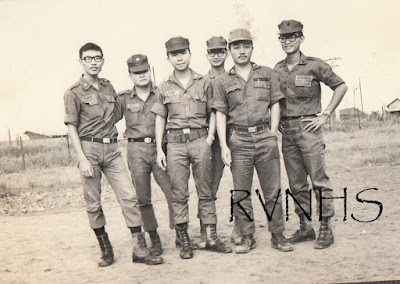 Officers of the 5th Infantry Division around the time of the Operation Total Victory 8B5, 1970, RVNHS Archive.
Posted by RVNHS at 8:06 PM