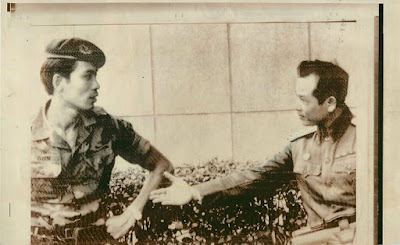 The "peace talks" of 1972-73 were fraught with unease by many in the Republic of Vietnam who were weary of the true intentions of their Communist foes. Among the many facets of the talks was the establishment of the International Commission for Control and Supervision (ICCS). The commission was established on January 27, 1973, and its aim was to supervise the implementation of the cease-fire agreements. However, its task proved ultimately unattainable. Between January and July of 1973 there were an estimated 18,000 separate violations of the peace talks agreements.
On February 5, 1973, roughly a week after the creation of the ICCS, a meeting was held between the ICCS and the Joint Military Commission in Saigon. The meeting included military representatives of the Democratic Republic of Vietnam (North Vietnam). The entrance to where the meeting was taking place was filled with reporters from around the world. Despite the peace agreements, the Communist forces in Vietnam were already openly violating them, but were keen to try and convince the world's press otherwise. As he passed through the entrance, a North Vietnamese colonel eyed a potential photo opportunity to downplay the ongoing aggression of his government by shaking the hand of a Republic of Vietnam ranger on guard duty. 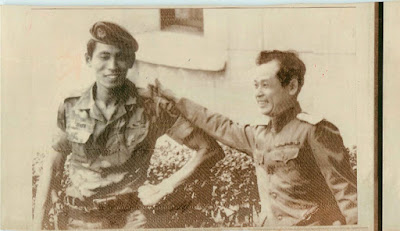 However, the ranger made no response other than a tense glare. Recognizing the failure of his gesture, the North Vietnamese officer changed tactics by awkwardly patting the ranger on the back and giving a few quick remarks, which elicited a humorless grin from the ranger.