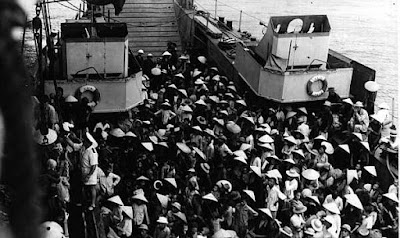 Northern refugees traveling from Haiphong to Saigon, 1954.
Following the Geneva Conference in 1954, Vietnam was partitioned at the 17th parallel between the Republic of Vietnam and the Communist north. The conference stipulated that the population of Vietnam would have freedom of movement across the 17th parallel for a period of three hundred days to allow citizens to choose under which government they would like to live. However, shortly after the results of the conference were made official it became clear that the principal movement would be a massive exodus from the north to the south as roughly a million northerners (the vast majority civilians) choose to become refugees rather than live under the Communist government. In contrast, there was no comparable movement of civilians from the south to the north. 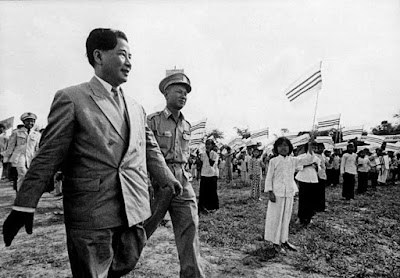 Most traveled south by ship where the northern refugees were resettled by the Republic of Vietnam. Sixty years ago today, on October 31st, 1955, it was announced nearly a million had arrived in the south. In time, many of them would come to form a central nucleus in the military and government of the country. The experience of lost homes in the north, and having to build new lives in the south as refugees was not far from their memories. However, just twenty years later many would be forced to relive the same experience on a greater scale after 1975. 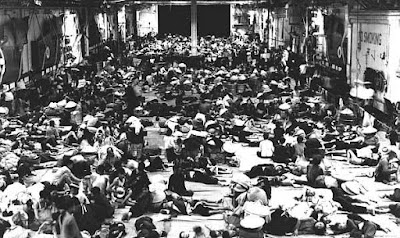 Northern refugees onboard the HMS Warrior, 1954.